Congratulations To Rhett Lamb On His Retirement - Press Release

Keene's Community Development Director, Rhett Lamb, is set to retire from the City of Keene effective December 3, 2021. Rhett has served the Keene community for more than two decades. His tenure with the city began back in April of 1996 - an impressive 25 plus years ago. In 2021 Rhett was awarded the Professional Planner of the year award by the NH Planners Association. His department, peers, and colleagues recognized and celebrated the many attributes of Rhett that have served our community and our region well. Since 1999, Rhett has played a leading role in the efforts to locally address climate change, resiliency, and sustainability. He led the way for the city, as an organization, to reduce our own greenhouse gas emissions substantially over the last two decades. He worked to help shape the sustainability conversation in the broader community. In 2020 he brought forward a sustainable energy plan supported by the community and adopted by the City Council. This plan will strategically move us closer to the Council's aggressive energy goals -which include a goal that all electricity consumed citywide will be sourced from renewal energy sources by 2030 and a goal that 100% of all thermal energy and energy uses for transportation to come from renewal sources by 2050. Rhett was also instrumental in the creation of the state's first Community Power Plan. This plan is listed as one of the top strategies in the City's Energy Plan. Rhett has been a leader in the sustainability field not only in Keene but also in the state. He has served on the NH Governor's Climate Change Policy Task Force and was co-chair of the New England Municipal Sustainability Network.

During Rhett's tenure he has tackled many complex projects that have helped shape what our community looks like today. The 2010 Masterplan, efforts around development initiatives including the former railroad property, the creation of a downtown Historic District, zoning changes to promote green building development, establishing 79-E Community revitalization programs, rezoning the Marlboro Street corridor, assisting with the development of the 21 in 21 program to promote neighborhood rehabilitation, and the completion of the City's first Unified Development Ordinance and Downtown Form Based Zoning code.

Rhett brought many skill sets to the city but probably the most important skill has been his ability to think ''big picture" and help others to do the same. This long range thinking has helped the city get to where we are today and for that we owe Rhett a debt of gratitude.

I wish him a long healthy happy retirement. 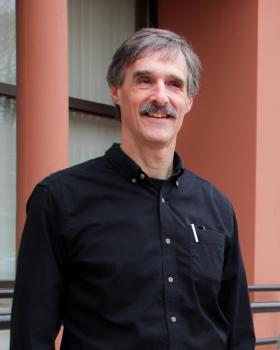