The Airport and City of Keene Elected Officials often get calls regarding the operation of aircraft in the Monadnock region. Often these calls involve safety concerns or noise complaints. We are appreciative of these concerns and hope to share some insight regarding aircraft operations in our area.

Although Airport personnel may have knowledge of some of the flight activity in and around airport, that is not necessarily the case. Aircraft flying in and out of the airport do not have any obligation to communicate with us when doing so and there are also many aeronautical activities occurring that could result in aircraft flying in our neighborhoods that are not even using our airport.

The City of Keene owns and operates the Keene Dillant - Hopkins Airport and therefore has some authority regarding how aircrews operate on the airport. Once they are in the air however, we no longer have any jurisdiction.

Pilots are responsible for operating their aircraft in a safe manor and for following applicable Federal Aviation Administration (FAA) regulations regardless of where they are flying. If a citizen were concerned that someone is operating an aircraft in an unsafe manner, there are processes that can be used to report this activity to the FAA. Below are some resources pertaining to low flying aircraft. These same procedures can be used for other safety of flight concerns as well. 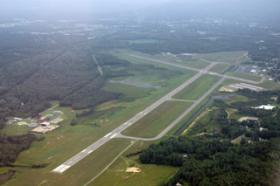