Appointed City Manager for the City of Keene September 25, 2017; Ms. Dragon has served in local government since 1998. Prior to her arrival at the City of Keene she served as City Manager for the City of Franklin for nine years where she was instrumental in various economic re-development initiatives in the downtown. In Franklin, she also performed a lead role in the community’s substance misuse prevention initiative. Prior to her arrival in Franklin, Ms. Dragon gained a great deal of diverse experience managing the communities of Bristol (a lake-front community) and Plymouth (home to Plymouth State University).

Ms. Dragon has a Bachelor’s degree in accounting and before transitioning to management she worked in the field of finance. Later she completed the NH Division of Personnel’s Certified Public Manager two year Program. Ms. Dragon is also a credentialed manager through the International City Manager Association (ICMA). She has been active on the NH Municipal Association board of directors since 2005-advocating for her community at all levels.

As City Manager, she feels it is important to cultivate a feeling of shared responsibility and collaboration both inside and outside of the organization.

Welcome to the City of Keene! We are a community that values our neighbors and our neighborhoods. Our City is welcoming, has extensive recreational opportunities, and willing to assist all who would create or expand their business within our beautiful city. Keene truly is a wonderful place to work, live and play! 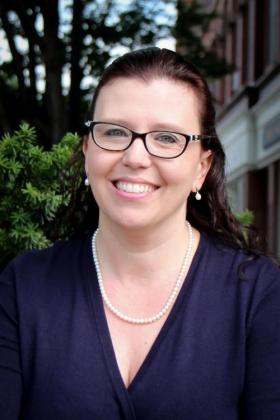