Keene city councilors adopted a non-binding resolution setting goals for the municipality and its residents to switch all electricity use to renewable sources by 2030 and to do the same with thermal and transportation energy by 2050. The council charged the Energy and Climate Committee to create an energy plan for the city at-large, and sharing success stories about local energy projects is a part of that plan. Here one such story and video:

In 2018 Zach Luse was looking for more space for his growing digital marketing company, Paragon Digital Marketing, which he started 6 years ago and employs 12 people. He was looking to add 30-40 new jobs over the next five years, but needed more space. When the former Grace United Methodist Church building at 34 Court Street came on the market last year Luse bought it, saying he wanted the agency to remain downtown, and the old Grace church building was the right location. The 11,127 square-foot structure also gives the agency room to grow, he said, while providing it with a unique location that suits the agency’s outside-the-box vibe.

“The big issue with the building was energy efficiency,” Luse said, adding that it was costing in the neighborhood of $40,000 to operate the steam boiler. He said he looked into energy efficiency and ways to take an old building like this and make it more sustainable. The answer was adding 34 kilowatts of solar arrays on the south-facing roof to power air-source heat pump technology that pulls heat out of air as cold as negative 20 degrees. That, along with a lot of air sealing, replacing the current lighting with LED lighting, installing new, energy efficient windows and adding insulation will allow Luse to use the solar power to provide all the heat and cooling plus most of the electric power for the company’s operations.

“When it’s all said and done, the mortgage payments and loans on the energy improvements will likely be slightly higher than our current rent, and we’ll have twice the space,” Luse said. His advice to others who want to take old buildings and make them better is to search out the many new technologies as well as state and federal agencies out there that make affordable conversions possible. 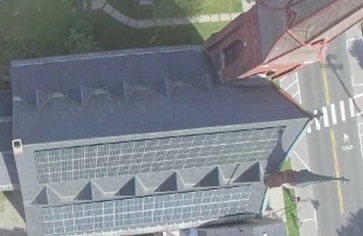 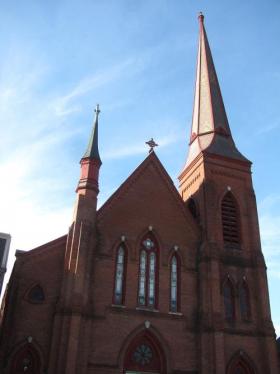