Since its founding in the mid-1970s, Bensonwood has focused on finding better ways to build. In the company’s early years, this meant rediscovering and refining the craft of timber framing. Over time, the emphasis shifted to building homes that are sustainable, healthy and energy efficient. These efforts culminated in the founding of Unity Homes, a company that was spun off of Bensonwood in 2012.

In order to serve a steadily growing demand for high performance homes, in 2017 Bensonwood and Unity opened an 110,000 square foot, state-of-the-art production facility in Keene. The floor, wall and roof panels for every project are produced in this factory, using computer-controlled equipment and sophisticated assembly lines.

Building homes using off-site construction methods is inherently green, because materials are kept dry, waste is minimized, and complex assemblies can be efficiently produced. However, in order to take the next step in sustainability, Bensonwood recently hired Keene-based Green Energy Options to install a 258 kilowatt photovoltaic (PV) array on the large, flat roof of the facility. The array is now producing between 60% and 70% of the power used by the factory. 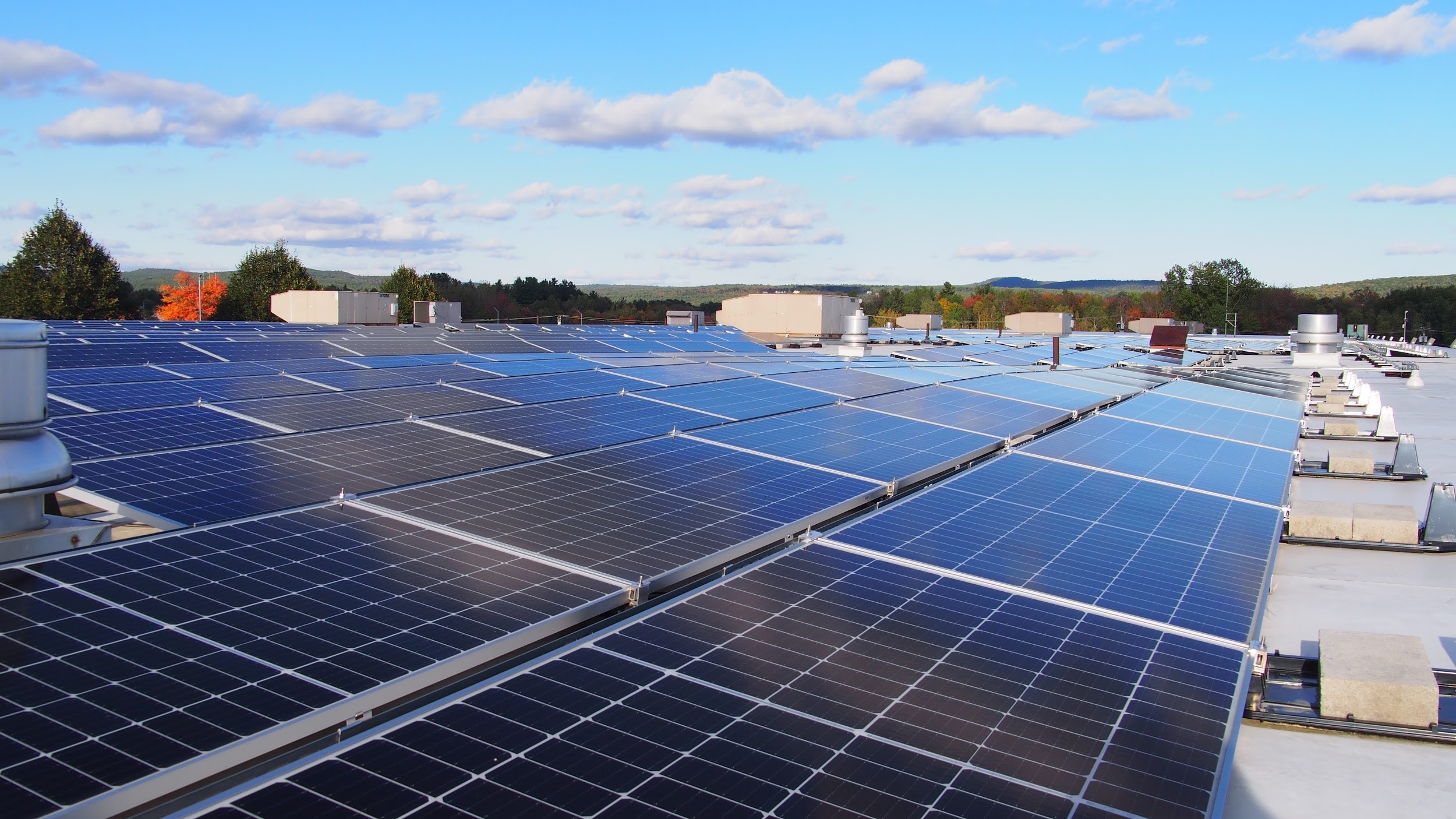 Company founder Tedd Benson is enthusiastic, stating that “we are proud that we can now say we build energy efficient homes in a facility that is powered by renewable energy.”

The project was not without challenges. The staging area for the panels and the crane was limited because at the time, the parking area adjacent to the building was filled with shrink-wrapped bundles of building components waiting to be shipped to job sites. Facilities manager Tom Hancock also noted that, due to financing constraints, the PV panels were installed in two phases, but the work would have been easier and more efficient to do all at once.

What’s next for Bensonwood on the path to increased sustainability and decreased carbon emissions? The company currently heats both of its other production facilities—in Walpole and Alstead—with wood chips generated as a by-product of the production processes. The infrastructure for heating with wood chips has already been installed in the Keene facility, and as soon as financing can be arranged, a large chip boiler will replace the gas boiler currently used for heat.

“We build our homes to be fossil-fuel free and Net Zero capable,” says Benson, “and we look forward to having our facility operate in the same way.