The images below show the extent of utility work proposed for the Downtown Infrastructure Improvement Project including drainage pipe, sewer pipe, water pipe, electric, telephone, and gas. (Some of the existing pipes, including those near the head of Central Square, were installed over 100 years ago.)  The pipes extend under roads and sidewalks to provide utility connections to the buildings, and range in diameter from 6 inches to 30 inches.  Replacing these systems will require digging trenches up to 8 feet wide and up to 10 feet deep.  Both the roads and sidewalks will require full reconstruction.

The next public informational meeting for the conceptual design phase of the project is scheduled Monday, 1/30/23, starting at 5PM at the Keene Public Library. 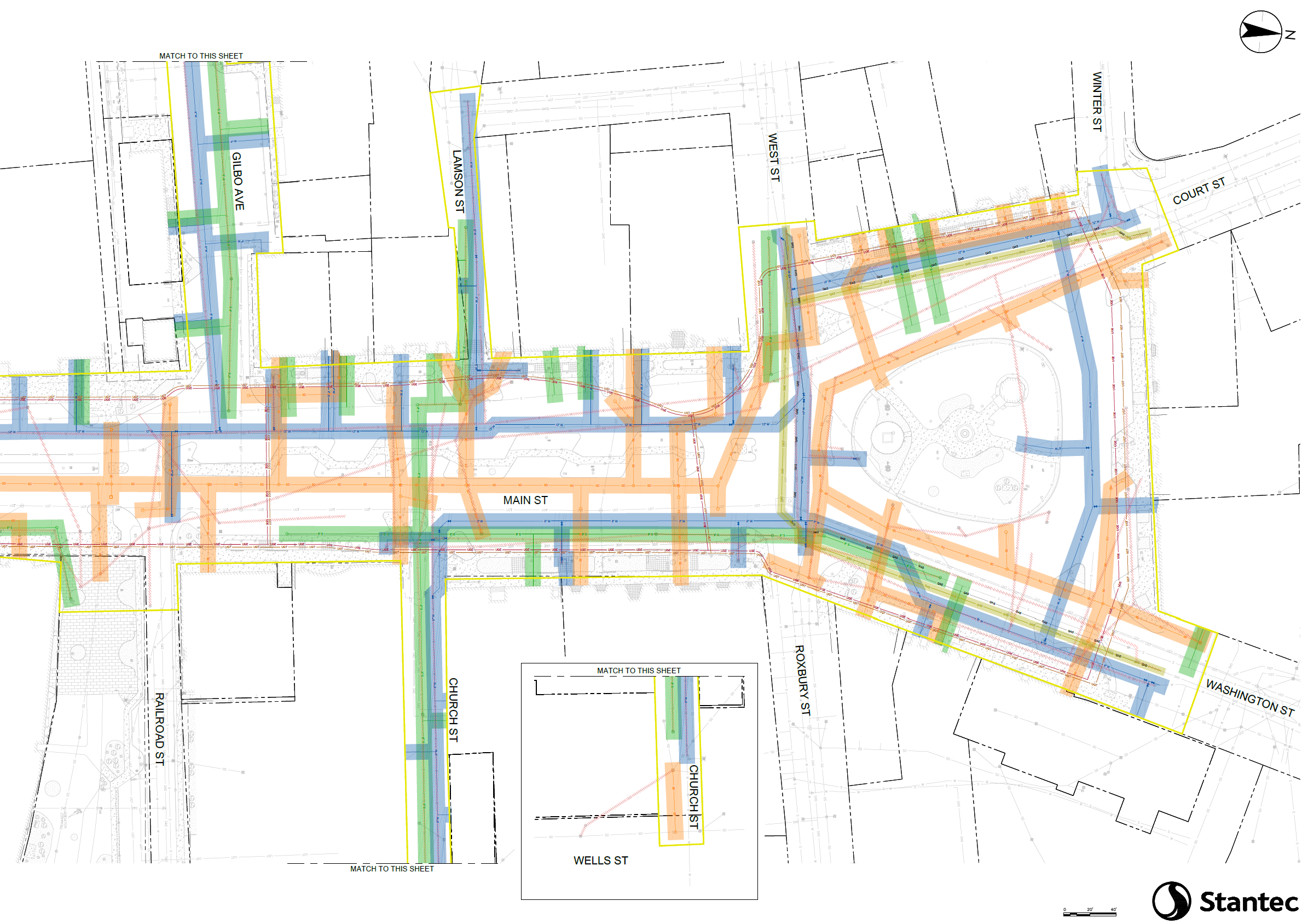 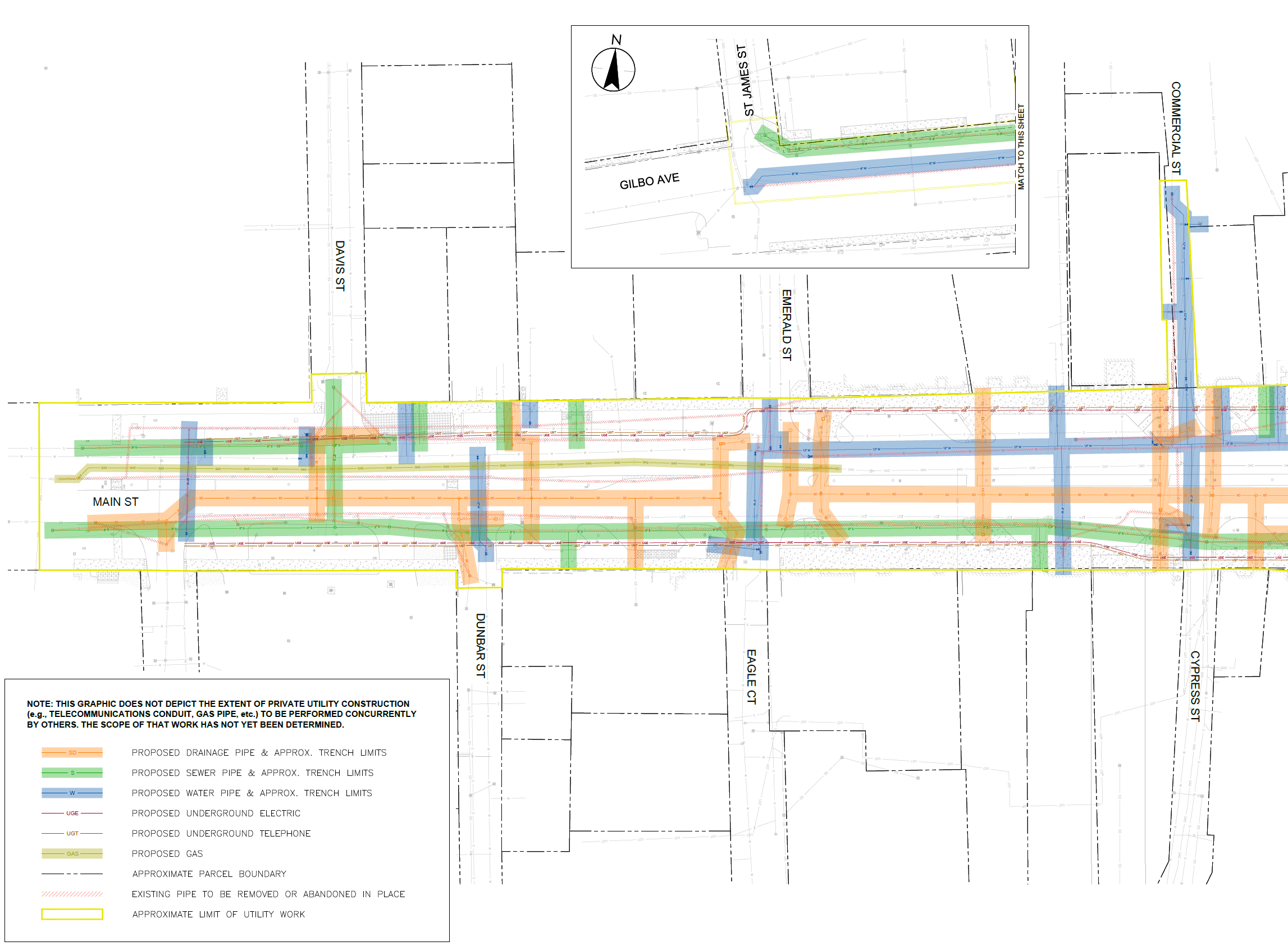 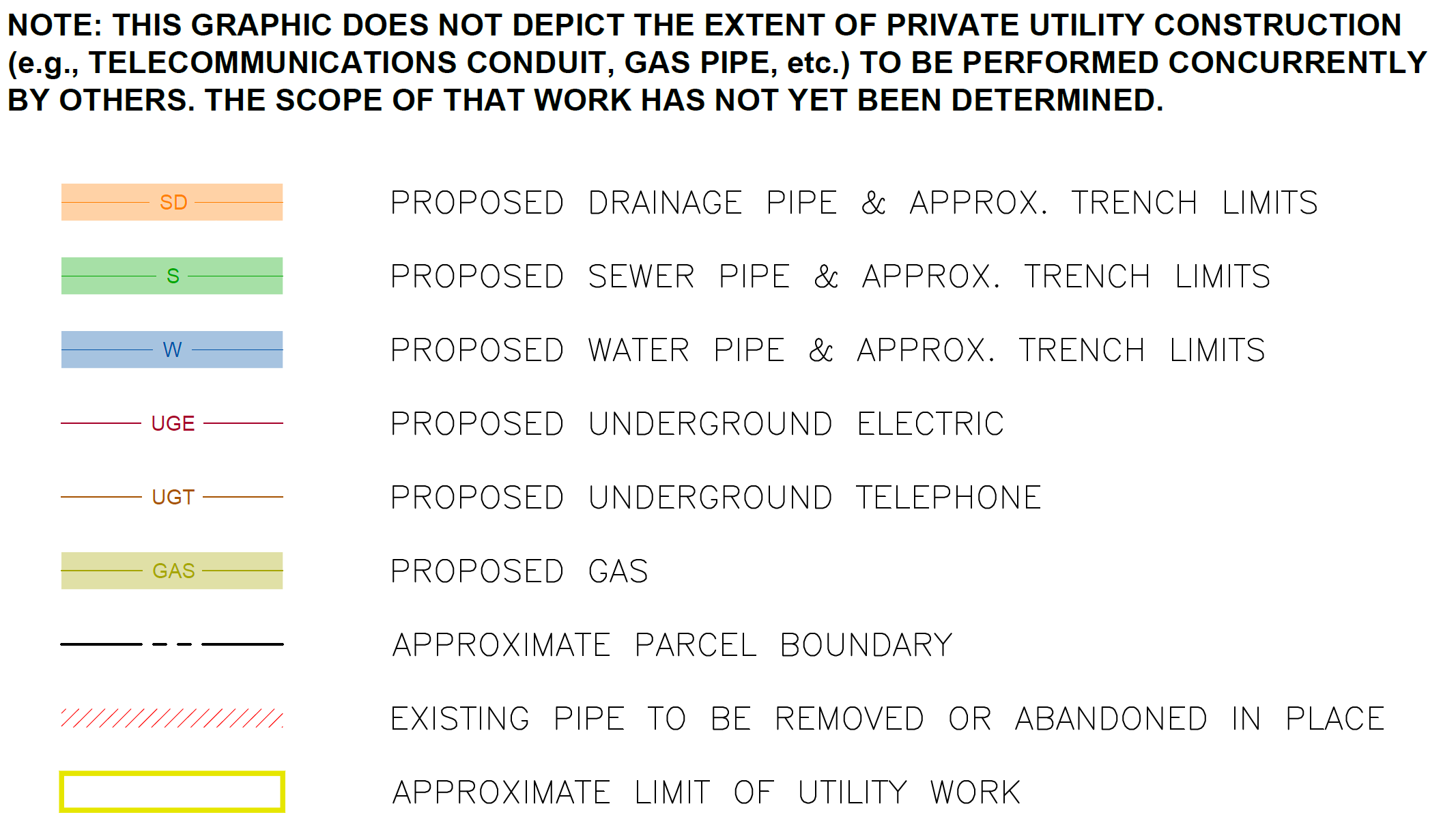 Process Review, What Comes Next, & Timeline

Where are we in the process?

How did we get to this point in the project? 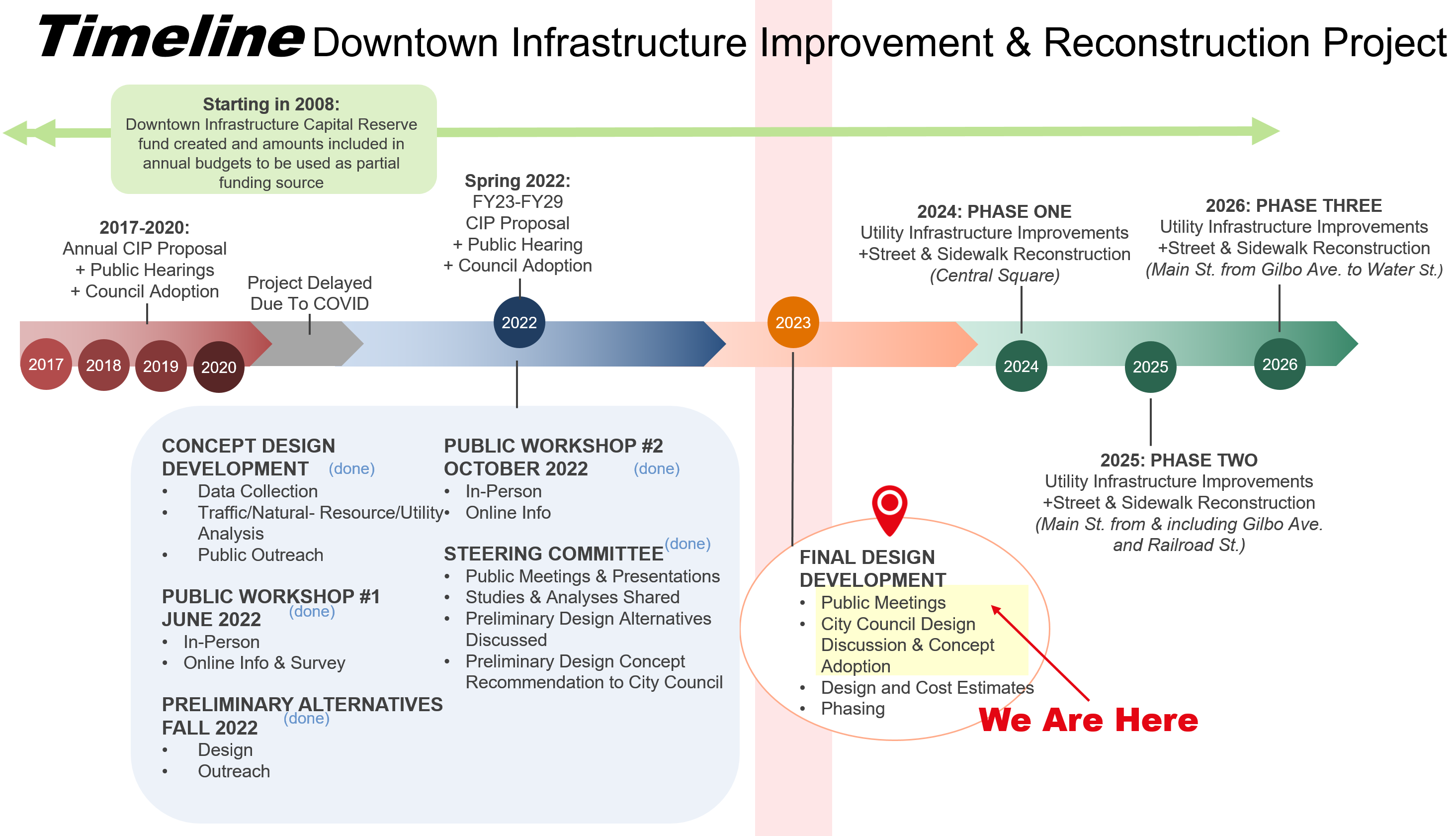 The City of Keene is in the design phase of the Downtown Infrastructure Improvement and Reconstruction Project.  The ad hoc Downtown Infrastructure Project Steering Committee has conducted an initial review and public input process and recommended a preliminary design concept to the City Council.  The information included in this document provides an overview of project information to address common questions, and the public is encouraged to visit the project website to review analyses, findings, concepts, background information and input opportunities.  The preliminary design will undergo further review by the City Council, and there will be additional opportunities for public participation.